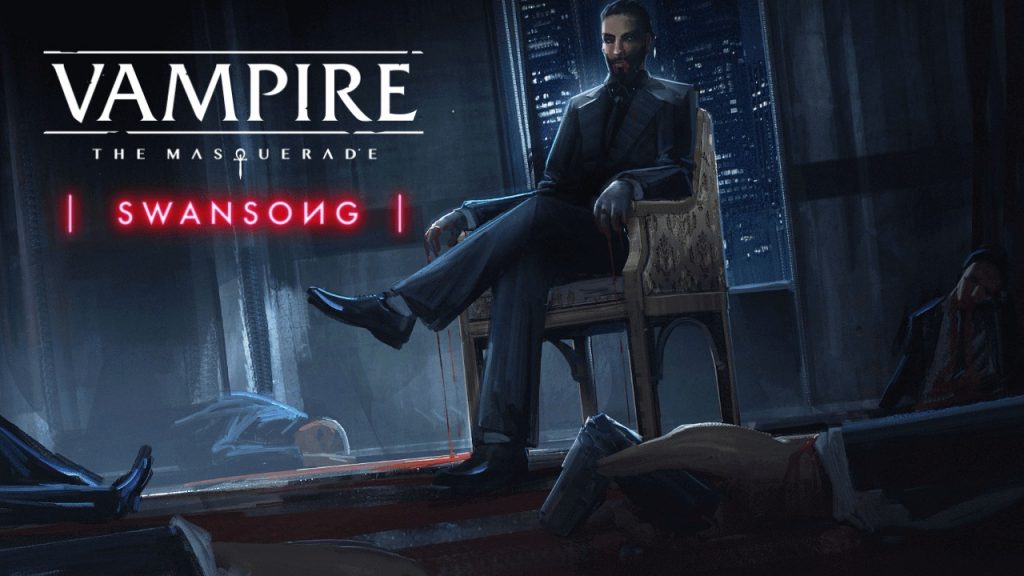 Based on the tabletop RPG Vampire: The Masquerade, Swansong is the latest video game iteration set in modern day, within the ‘World of Darkness’. Will this game succeed? Or will it be consigned to the pile of video games that have attempted to recreate tabletop games and failed?

NERD DISCLAIMER! This reviewer is a player and GM within several tabletop settings, including Dungeons & Dragons and Vampire: The Masquerade. At least the former has been made a bit cooler by the likes of YouTube channel Critical Role, and celebrities such as Joe Manganiello and Deborah Ann Woll being players.

Instead of creating your own ‘avatar’ or character within the world, you inhabit the roles of three separate vampires of different clans, all under the umbrella of the Camarilla’s rule. Galeb of clan Ventrue, your archetypal bruiser. Emem of clan Toreador, your ‘face’, full of charisma. And the roguish Leysha of clan Malkavian.

Following a period of turmoil as the Camarilla attempts to gain more control of the region, and neighbouring Hartford, all three characters are thrust into the midst – but their decisions are yours to make. With multiple endings and an impressively open-ended story where your moral choices (of which there are many) are loaded with ambiguous at best, or opaque at worst consequences. The choices are all different shades of grey, and the game manages to serve an effective homage to tabletop gaming.

However, it is of course run like a ‘module book’, one where the GM (game master) can run with as much of their own influence, or stick to the text. In the absence of an insanely powerful AI, the game is run more by rote.

VTM – Swansong allows you to use your vampiric powers, but at the risk of being discovered by humans (hiding from them is in fact ‘The Masquerade’…ta da!). There are a vast amount of puzzles to solve, from the ever-present lock-picking, to hacking terminals and trying to convince, seduce and intimidate others.

However, considering the initial plot hook involves a shootout, missing persons and more action, these puzzles can stilt the action. When playing at a table, the pacing will ebb and flow with the decisions of the group – at a console or computer, the game will arbitrarily dictate this. Whilst not built from the ground up by the player, the characters can be happily fleshed out in a more typical RPG style. Allowing the player to have abilities and attributes to best suit your choices and play style, even if the characters are a bit railroaded by their pre-existing ‘class/build’.

Unfortunately, the development lent to the sheer volume of lore in the game, which manages to be simultaneously deep AND accessible, even if you’re an absolute newcomer to the series (a massive bonus), wasn’t given to animations. In a world fleshed out so well, it can be quite immersion-breaking to be left with jerky narrative pacing and issues with facial animations. Especially when large portions of the game revolve around interactions with others.

If you’re looking for an entry into the world of VTM, but prefer a games console over pad and paper, and want a lore-rich world of the denizens of the night… it’s still a good choice (maybe when not at full price). It’s still full of interesting moments and an effective translation of aspects that make the pen and paper version so engrossing. It’s full of stealth, deduction and engaging moral choices.

However, if you’re already familiar with the World of Darkness (original versions or previous video game iterations) then approach with caution.