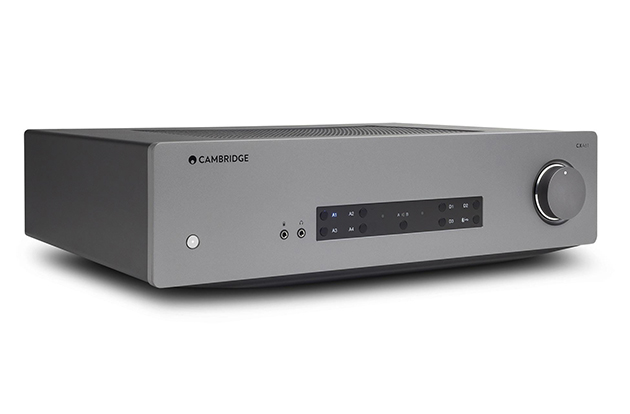 Cambridge Audio updates a tried and true classic with the CXA61.

When it comes to updating an already near perfect product, where do you begin? That was the challenge for Cambridge Audio when it came time to refresh the multi-award winning CXA60, released back in 2015. Today we look at the new CXA61 which, while it maintains a similar build to the original, packs a few nice surprises under the hood.

The new CXA61 is launched as part of a refresh of the entire CX series from Cambridge. This includes the above along with the CXA81 amplifier, CXN V2 streamer and CXC CD transport. The first noticeable difference here is the new Lunar grey colour across the range. This is taken from the stunning new Edge series and should become closely associated with Cambridge Audio products over time. 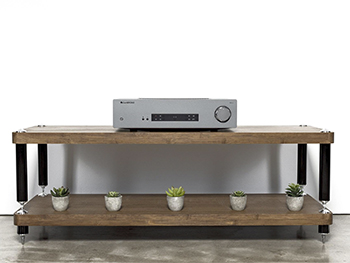 While the original CXA60 delivered an almost perfect combination of performance and features, the new CXA61 manages to squeeze in even more features and even better performance. The headline arrival on the new model is the inclusion of aptX HD Bluetooth out of the box; previously you needed an additional dongle which added an extra expense. This enables up to 24-bit/192kHz file playback without the need for any wires. It’s a nice improvement to see and simplifies connecting to the unit. Alongside the new Bluetooth input is the inclusion of a USB input for connecting to a computer, along with an RS232 and trigger inputs. The later allow much greater integration in home installation projects while the USB brings even greater file support. The USB input is a nice inclusion for those looking to playback Hi-Res audio files in the greatest possible quality and a satisfying improvement over the older model.

Cambridge have paid plenty of attention to what’s inside the new model too, with a new improved industry standard ESS Sabre SE0910K2M DAC. It brings compatibility with 32-bit/384kHz quality files and up samples digital inputs to this level. In particular, the up sampling is a fantastic feature and draws extra detail from even less than perfect sources like Spotify. Considering the popularity of services like Spotify, an amplifier which can draw the best out of them alongside support for Hi-Res files, it makes this amp certainly one to consider.

To take advantage of these considerable digital talents, Cambridge have also tweaked and upgraded the pre and power amp stages. With these improvements we were particularly keen to sit down with the new CXA61 and listen to how all these improvements come together. We connect the CXA61 to a pair of Fyne Audio F501 – while these have plenty of headroom for the CXA61, they’re also fairly sensitive so they could be a great match. Once we’ve plugged in and fiddled with placement, we connect initially via Bluetooth to see what the CXA61 can do.

Starting with Idles’ new album Joy As An Act Of Resistance and its punky edge, we are seriously impressed with the improved performance. Beforehand we had connected the older CXA60 for comparison and the leap forward is very noticeable. The soundstage is wider, bringing a great live impression of energy in the room while the kicks of the drum punch in a way which leave the older model in the dust. It’s a considerably improved performance even over Bluetooth. Switching to the analogue side of things, we plug in the Cambridge Audio Alva TT turntable to see how it performs. It’s a different experience to the Bluetooth input with a warm analogue sound. Starting up Talking Heads, the heart in the performance is compelling with rich vocals and stunning expanse.

While it’s always difficult to update a classic we think that Cambridge have done a fine job building on a fantastic base. The CXA61 ratchets up the performance thanks to the tweaked analogue stage and improved DAC. The improved Bluetooth also adds an easy to use connection for those just looking to sit down and listen. If anything, we think Cambridge hasn’t made clear enough how much of an improvement the CXA61 is. To see for yourself what the new model can do, why not contact your local Richer Sounds store today?

Click here to learn more about the Cambridge Audio CXA61