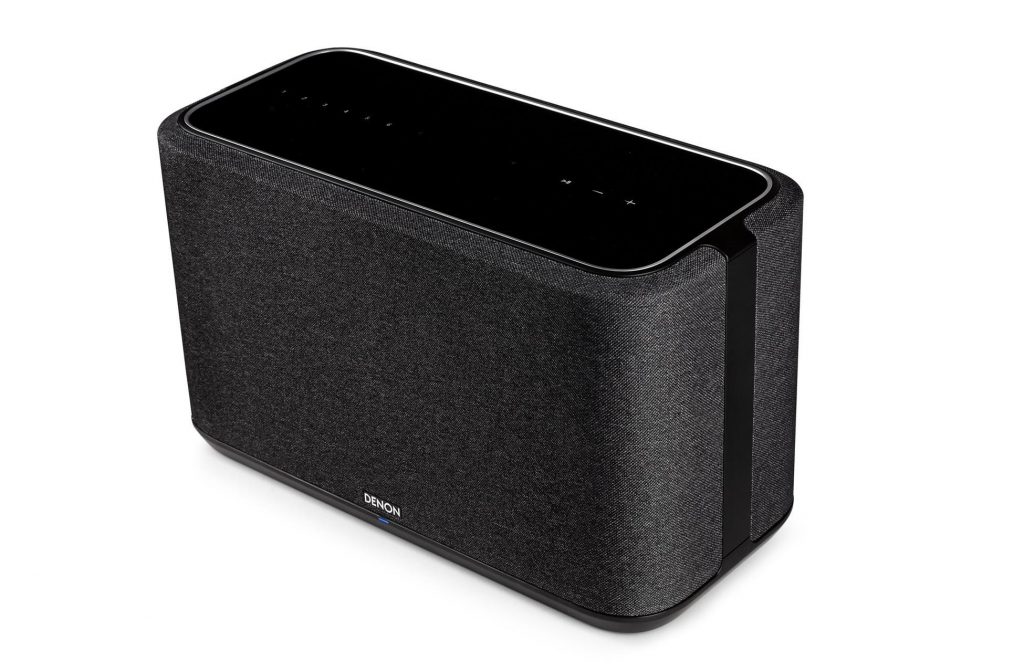 After a brief market hiatus from their popular Heos range of wireless speakers, Denon have returned with a new, and distinctly different catalogue of multiroom products. Eschewing the ‘Heos’ moniker and instead opting for the more brand identifiable name of ‘Denon Home’, the three speakers are almost unrecognisable from their predecessors, and not just in name.

Denon have completely overhauled the design and functionality of these speakers and their efforts have not been wasted. The usability and performance have come on in vast leaps and leave little in the way of criticism to offer. Today we are looking at the two larger variants, the Denon Home 250 and 350, however a smaller two-way speaker, the Denon Home 150, is also available. 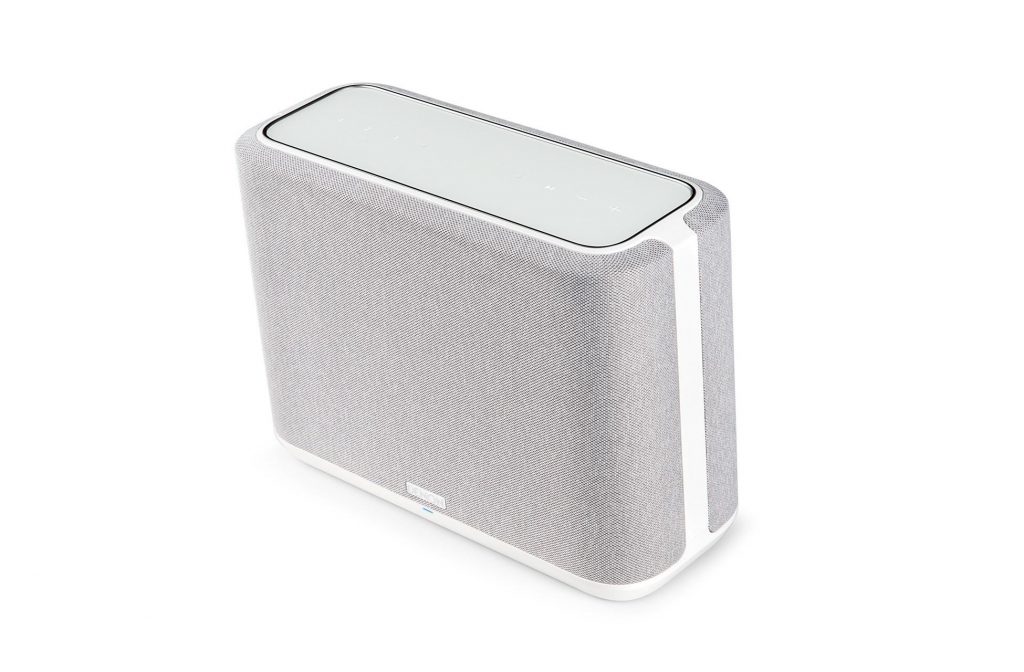 Competition is fierce in the world of wireless speakers. With that in mind Denon have done their best to leave no stone unturned when it comes to supported services and connection methods. The speakers support direct playback through the Heos App, allowing quick and easy access to multiroom streaming through Spotify, Deezer, Tidal, TuneIn Radio and Amazon Music HD amongst others. For those instances in which it is easier, the speakers also support connection through Airplay 2 and Bluetooth as well.

When it comes to streaming, the Denon Home range separates itself from the pack by offering streaming in native high resolution up to 192kHz/24-bit (FLAC, WAV, ALAC) and also supporting DSD 2.8/5.6MHz files. These resolutions are also supported via USB using the provided input on the rear panel of the speaker. Another rarity is added in the form of a 3.5mm line input.

Amazon Alexa and Google Assistant voice control features are also offered. Currently, these require an external Amazon/ Google device to control. However, a built-in microphone is due to become supported via a software update later in the year offering direct voice control options through the speaker itself. Denon have assured customers that this microphone will not be switched on without their prior consent. 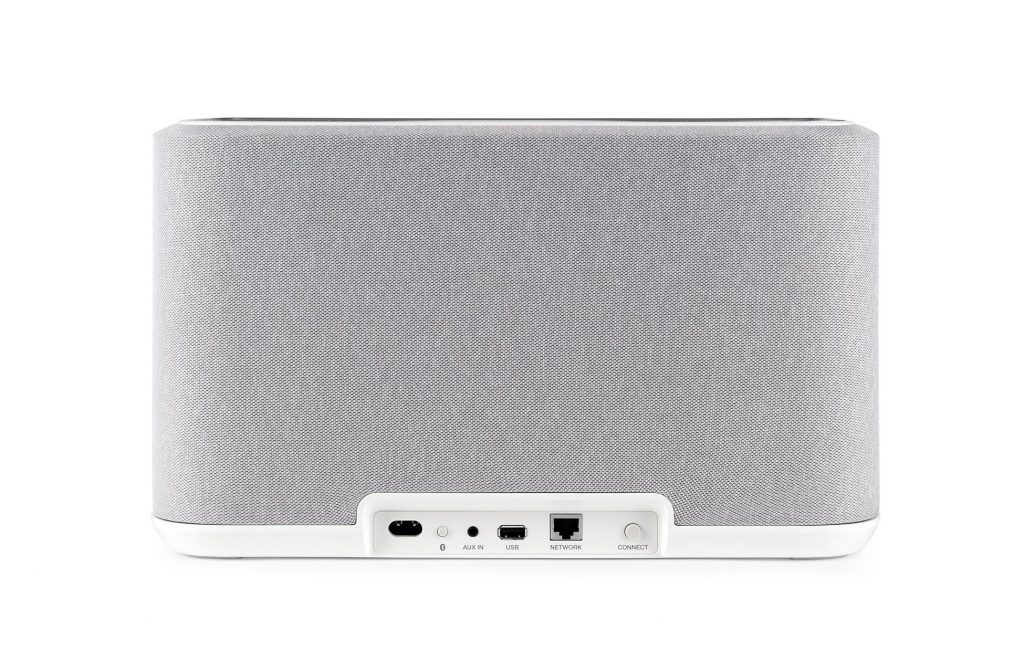 As has become a theme here, the design of the speakers is a far cry from the futuristic approach employed by the original Heos range. Instead, the Denon Home series sports a simplistic, almost spartan, set of aesthetics. It must be said that this is not to their detriment.

From a distance, the speakers seem to be very non- assuming, perfect for seamlessly blending into their background environment. However, on closer viewing, it is clear to see the level of effort and professionalism that has been put into the engineering and manufacture of these speakers. They are elegant but still with a hugely solid assembly and a massively premium feel.

The grown adult within you says that it is irrational to get excited by such things as a proximity sensing touchpad but it really is a nice design feature, adding a legitimate sense of value to the products. The touchpad itself features three preset buttons allowing for quick access to your favourite radio stations.

The speakers are wrapped in a water and stain resistant fabric that again feels like those seen on a number of ‘luxury’ hifi products. These finishes are available in black or white but, to the untrained eye, the reality feels more like ‘very light grey’ or ‘very dark grey’.

The larger Denon Home 350, uses what is specified as six drivers although the configuration of these is less clear (it appears to be one larger hybrid bass/ midrange, two midrange and two tweeters). Again, there is a passive bass mode radiator provided additional low frequency. These are powered by six individual class D amplifiers.

It quickly becomes transparent that the quality of both the drivers and amplifiers used in these setups are of the kind of quality that one would expect from a Hi-FI manufacturer with as rich a heritage as Denon.

Streaming Robert Wyatt’s ‘Shipbuilding’ through Tidal, the most immediate impact made was that of the bass. The deep plucked double bass lines stand out in abundance, but not to the level of impeding on other instrumentation. The body and size of the bass is very impressive for speakers with this kind of cabinet. What is more striking is the timing and tautness of the bass notes. There are small bass blooms throughout the track but certainly not enough to warrant distraction.

Listening to Beck’s, ‘The Golden Age’, (again via Tidal), the rich nature of his consistently lush production is confidently demonstrated. Separation between instruments is superb and the extension of both bass and treble frequencies is truly impressive. Each facet operates well within its own distinct space of the soundstage. The chunky acoustic guitar tone and drawling vocals sound as expansive here as one would expect them to be on a speaker carrying a far higher price tag.

It is more than fair to say that the Denon Home range marks a significant step forward for the company’s venture into wireless audio. The overall roundedness of the sound and design is a little more finessed on the smaller Denon Home 250, but fans of volume and bass will be well rewarded spending extra for the larger 350 model. It is very satisfying to see a legitimate new contender on the field.

These products are available for demonstration across all Richer Sounds stores… get in touch if you would like to come and have a listen for yourself!