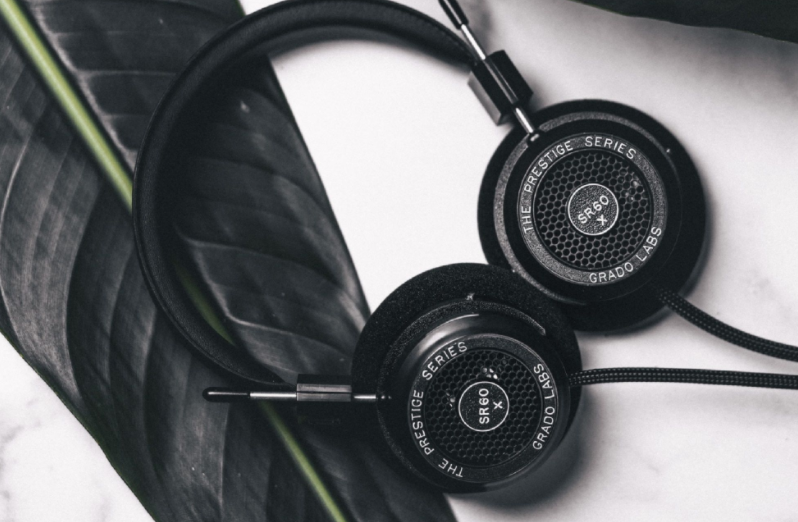 Open back headphone pioneers Grado recently announced an update to their legendary Prestige range with the new and improved X driver. These headphones have been some of the best performing models for their price point for many years so to say we’re excited would be an understatement. The original SR60 was the headphone that kickstarted everything for Grado in 1994 and today we sit down with the newest version of this model, the Grado SR60X. Join us as we find out what’s new.

I’ve always been a big fan of Grado as a company thanks to their commitment to building in their Brooklyn factory and long history of family business. Three generations have all worked for the company in their converted townhouse to create some of the best headphones at their price point on the market. Their commitment to audio quality is most obviously epitomised by their open-back design which intrinsically delivers an expansive soundstage.

The SR60X is the latest update to the original headphone from 1994. This version includes the new 4th generation driver which has a lower mass voice coil, more powerful magnetic circuit and reconfigured diaphragm. What this means for the listener is more efficient headphones with reduced distortion and improved integrity of sound.

The other big update is an improved design, which retains the same look and feel of the original but adds an improved 4 conductor cable and better cushioned headband. It’s a welcome development from the old SR60e model which could wear on the cable and wasn’t the most comfortable to wear for extended periods. What I believe it reflects is a commitment to refinement and evolution over revolution of design. This style works well for Grado so there is no need to change it but it’s always good to see a company responding to consumer feedback.

Once we get a pair of the SR60Xs into our hands we find the same minimalist packaging made of thin card but protected inside with a foam insert. It’s not more or less than necessary and reflects thought put into the environmental impact of packaging. The headphones themselves sit nicely in the middle under a note from the founders. Our first impression is of the new cable and headband, these look like great improvements over the previous generation and should last much longer. The rest of the design is almost identical to the previous SR60e headphone which is no bad thing, the industrial design is attractive and sturdy for the price. 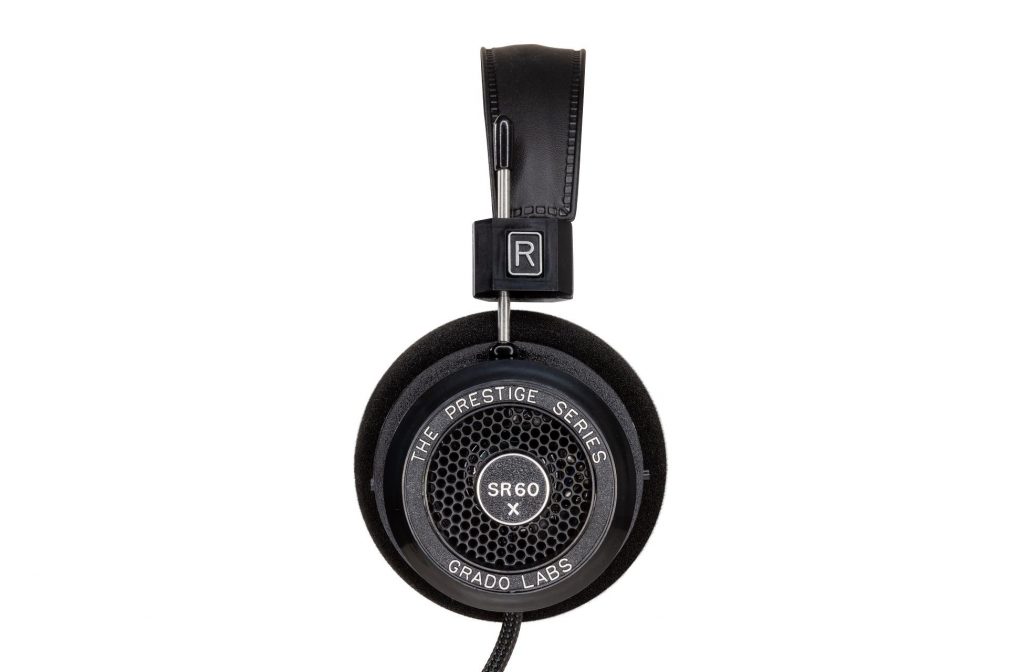 We tested the SR60Xs first with a laptop headphone jack and then sought to improve things with an Audioquest Dragonfly Red. The performance from the laptop was still excellent but the Dragonfly elevated things to a new level and it’s something we’d recommend exploring as an upgrade path.

In interviews with the media, there is mention of Ella Fitzgerald’s Clap Hands as a record which they use as a reference point so it feels right to start there. We can tell immediately that it brings the SR60Xs to life with rich vocals front and centre of the performance. The soundstage is incredibly expansive with clear space between each instrument in the band, this brings out the best in the music and delivers an almost live quality between the earcups.

From Ella Fitzgerald I moved onto something very different with the indie band White Lies. The track Death rises to a grand conclusion but has timing which some speakers find difficult to get right, impressively the Grado’s timed it just right. It’s something I also found while listening to Psycho Killer from Talking Heads live album Stop Making Sense. I found myself tapping along almost instantaneously to the infectious beat.

When presented with something a little heavier in the form of The Prodigy album The Fat Of The Land we didn’t find the SR60Xs lacking at all. On the track Breathe, the first deep bass punch can be a real demonstration of a speaker’s talent and these headphones performed admirably. What we did find is the bass didn’t completely dominate the track either so we heard plenty of balance. This also presented in the track Death from White Lies, this has quite a harsh crescendo which many speakers try and gloss over but the Grado’s were very faithful to the original recording.

Altogether, we found these headphones to live up to their original iteration. An excellent starter headphone at a competitive price point which is a compliment to Grado’s ability to stay ahead of the competition even 25+ years later. They would make a fantastic starter headphone for someone looking for more than a similarly priced Bluetooth headphone could offer. There’s even improvement to be had with a complimentary headphone amp/DAC which brought a whole new level to the SR60Xs. To see if these might be the right headphones for you, why not contact your local Richer Sounds store today to arrange a listen?