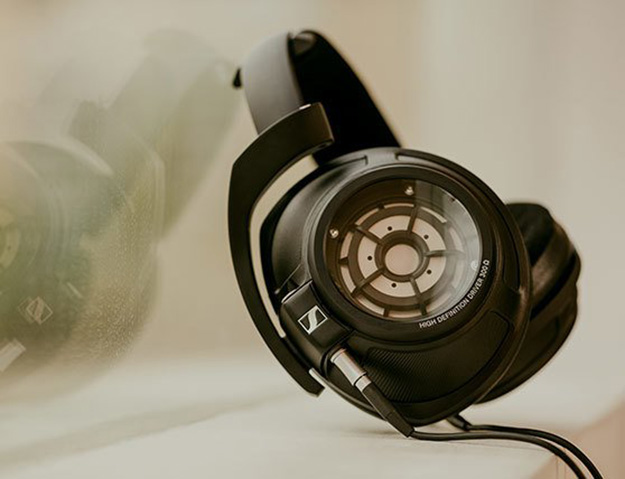 Upon its initial release back in 2009, Sennheiser’s now legendary HD800 headphone set a shockwave through the headphone market, setting new benchmarks for performance, design – and cost. Outside of a handful of high-end cans from Japan, few headphones had ever approached the level of performance – nor garnered as much attention – as the range-toppers from the German manufacturer…

With the release of the HD800S in 2015, Sennheiser tweaked the HD800 formula, rebalancing its super-clean, high resolution presentation in favour of a more muscular approach to musical playback. A greater emphasis was placed on bass, and a little less on treble –  an approach that favoured more modern listening habits and tastes, and gave a fantastic alternative to the hyper-detailed, studio-standard original HD800. Now, in 2018 (just!), Sennheiser have introduced a new member of the HD800 family – the HD820. But rather than a replacement for either of the two previous models, the HD820 is designed to sit alongside its stablemates, and takes a different tack altogether. Let’s take a closer look… 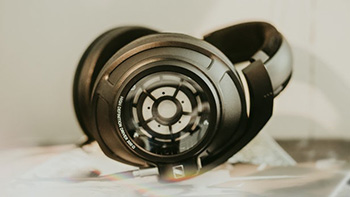 There are a couple of things that immediately come to mind when first unboxing the HD820. Firstly, it’s obvious that Sennheiser have stuck to the same futuristic blueprint when designing the HD820 as its two predecessors. It looks every inch the high-end headphone. The second thing, and actually the most important, is that the HD820 is very clearly a closed-back design! You see, the one thing that almost anybody could level against the HD800/S is that they are incredibly audible to anyone sitting even remotely near the listener – something my missus will absolutely attest to!

Being a completely open-back design, the HD800 and HD800S leak an enormous amount of sound from their large drivers, making them somewhat impractical for those in smaller living spaces or with young children. And thus, the HD820 was born. The huge, but very comfortable cups of the HD800 series remain, but are now housed within an outer ‘cabinet’ made from glass and surrounded by high-quality plastic. This adds quite a lot to the physical dimensions of the headphone, but thankfully, not a huge amount to the weight, with the HD820 coming in at a very reasonable 360g. On the head they still feel as comfortable as the HD800, and that’s one of the nicest compliments I could pay them. The new pads – a mixture of leather and microfibre – have been designed specifically for the HD820, and feel lovely even over longer periods of use. 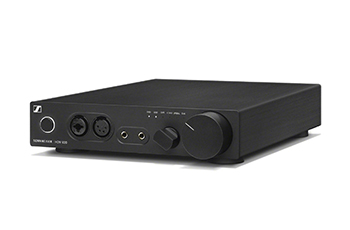 The HD820s require a headphone amplifier – the matching HDVD820 is a great choice!

As with the HD800S, the HD820 includes three cables, all three metres in length. One is fitted with a 6.3mm jack connection at one end, another with a balanced XLR, and a third with a slightly unusual 4.4mm balanced connection. All cables terminate at the headphone end with Sennheiser’s own HD8** series connections. The HD820 are rated at 300ohms, making playback via a dedicated amplifier a must – something that is surely expected at the price point. Whilst they are closed-back, their physical size of the headphone, coupled with the cost, mean that it is unlikely to be used for anyone’s daily commute! To that end, Sennheiser have released their own headphone amplifier and DAC – the HDVD820 – and this was used throughout the listening test, really helping to put the HD820 through its paces.

After a good 48 hours of running in, I sat down for some proper listening with the HD820s. I’ve previously owned both the HD800 and HD800S, so went into listening with a very good idea of what the ‘family sound’ is like, and also with very high expectations! Coupled with the HDVD820, the new Sennheisers absolutely met those expectations, and pushed the envelope for what can be achieved in a closed-back design.

Starting things off with Aphex Twin’s Collapse EP, the HD820 acquitted themselves with aplomb, smashing out the hyperactive drum pattern and skittering melody of opener “T69 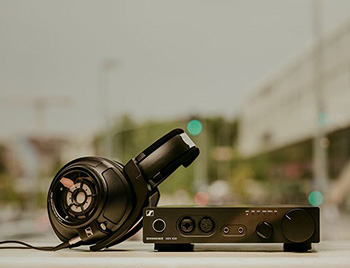 Collapse” with ease, sounding much less like a closed-back can than you’d expect – undoubtedly a good thing. Where closed-back headphones can often sound ‘shut in’ as a result of their sealed design, the HD820 exhibited the same huge soundstage and laser-cut separation of sounds that the HD800 is famous for, giving real insight into this difficult track.

OK, when switching back to the HD800, it was clear which was open and which was closed, but not in a particularly negative way, with the bass response on the HD820 clearly stepping up over the HD800S, not to mention the complete lack of leaking sound – late-night listeners, rejoice! As things ‘collapse’ in on themselves during the busy middle section of the track, the HD820 sat back and lapped it up, keeping a firm hold on the messy individual strands without breaking a sweat. Lovely stuff! Switching to something at the more traditional end of the musical spectrum, the 50th anniversary release of The Beatles’ White Album proved to be an ear-opening treat on the HD820 and amplifier combo. This cleaned-up version (mixed by Giles Martin, son of Beatles’ producer George Martin, no less) sounds simply stunning, and could easily pass for a modern record if we weren’t all so familiar with the material.

On the HD820, these often earthy and organic songs retained their sense of warmth and familiarity, but with far greater insight than even the polishing up of the record itself implied. Paul McCartney’s vocal performance on the sublime “Mother Nature’s Son” was enough to send absolute shivers down the spine, with the HD820 rending a studio-like performance, and separating acoustic guitar and the glorious brass section wonderfully – so much so that I threw it back on another three times after the track had finished!

This deft handling of instrumentation, vocals and general musicality was clearly a hallmark of the HD820, as the same traits kept rearing their head time after time, song after song. Very little fazed the HD820, and even despite it obviously being one, it very rarely sounded like a shut-in, closed-back headphone – a very clever trick in its own right.

So, yeah, OK, these aren’t cheap. In fact, they’re expensive. But you can’t put a price on happiness. Well… that’s the excuse I’m going with when I turn up at home with these under my arm! Give your local store a call to arrange a demo.

Click here to learn more about the Sennheiser HD820 headphones