Performing for the third Richer Unsigned lunchtime session were acoustic duo Jim and Sam, and solo singer and guitarist John Joseph Brill. Each left a lasting impression on the crowd at Cambridge Audio’s atmospheric venue Melomania; a vibrant yet intimate venue, kitted out with custom audio backline and PA system, it’s the perfect backdrop for up and coming music acts yet to be discovered…

Low key and casual, the Los Angeles-based pair Jim and Sam lifted the mood with their laid back attitude transporting listeners to the 70’s with their beautifully soft synced harmonisations and stripped back foot tapping rhythms. Their set was expertly performed; emotionally delivered allowing the vocals to take centre stage, their fine-tuned voices velvety smooth and satisfying.

Having just stepped off the plane from Belgium the day before, you’d struggle to believe that this pair were part way into a 365 day tour challenge around Europe. Despite being the 175th day of gigging, both were upbeat and energetic, with each playfully interrupting the other mid-sentence, making for an entertaining watch. The pair are far from a run-of–the-mill acoustic duo admitting they like to keep gigs fresh, ‘We’re constantly making changes to our set.’ Venues they’ve played in include cafés, restaurants, hotels and memorably, a hair salon due to a scheduled gig being cancelled, but these two clearly take it all in their stride.

Starting off the gig with their first song ‘Sold’ with lyrics reminiscent of Damien Rice, it was a perfect opening track. Clearly here to have a good time on stage, Jim tells anecdotal stories for each song, cracking some Brit-friendly sarcasm in between songs as he goes along. They’ve come a long way metaphorically and in air miles since their first EP release ‘This Is What’s Left’ in 2015, their current tour inspiring them to write a brand new EP which will be released later on this year.

Despite the sobering circumstances that influenced the second track, ‘Doctor Please’ (written in dedication to Jim’s father in hospital) the pair delivered the touching song without disconnecting with the crowd, ‘that was a way serious intro,’ even throwing in a false start for good measure! Going straight into ‘Holy water’, they raised the tempo singing with soul and infectious energy and ending with ‘Loving a stranger.’ The whole room will undoubtedly be humming this long after they’ve left the stage. For other unmissable songs look up ‘The Great Escape’ which will make you want to pack your bags for a road trip right now.

Next we welcomed solo artist John Joseph Brill. John (who is 28 years old) has gigged around London for several years and was thrilled to be invited to feature on this year’s Richer Unsigned limited edition vinyl, curated by the band Bear’s Den to celebrate Record Store Day. He admits Melomania here in London Bridge and KoKo in Kings cross are his most favoured stages, ‘This is easily the best venue I’ve played in by far.’

Before even playing a single note his natural charisma makes him a stand-out performer. Influenced by current bands such as Big Thief and Kings of Leon, Brill performed a stripped back set with his fender letting his lyrics do all the talking. Brill’s voice is deep, untamed and at times subtle as a whisper, conveying intimacy and emotion in every word. He took us all by surprise with a set of deeply personal songs which he wrote during some personally challenging younger years, resulting in a raw and cathartic musical style bound to strike a chord.

The track ‘A Place To Drown’ moved the audience who sat transfixed during its entirety. The following tracks ‘I’m Not Alright,’ ‘The Leaving Song’ and ‘We Won’t Cry’ is testament to Brill’s passion to raise awareness of the issues surrounding homelessness and mental health for men in the UK, including awareness for charities that he actively supports. Brill’s musical offering based on his own experiences, coupled with an intense delivery and poignant lyrics such as ‘Didn’t You Know I’m An Actor’ communicates a serious message through a though-provoking and genuinely heartfelt performance. We left the venue with a feeling that we might be seeing big things from him in the future. 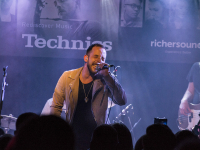 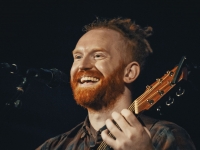 As the spring sunshine starts to warm up London, music fans and vinyl enthusiasts alike start to get amped up to celebrate Record Store Day!…read more → 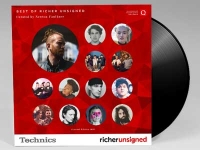 We are absolutely thrilled to announce our Best Of Richer Unsigned 2018 vinyl! We brought in our good friend Newton Faulkner to select 10 amazing tracks…read more →