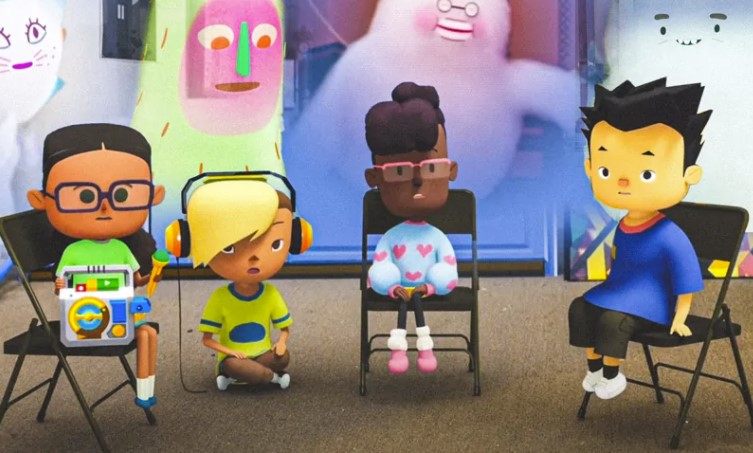 “Hello and welcome to City of Ghosts. We start each episode with a map of our city with all the names and places we know” says Zelda as she introduces us to the show. What will follow is a heart-warming journey across Los Angeles through the eyes of an enthusiastic gang of kids and the ghosts they meet along the way.

We watch as Zelda and her friends, the Ghost Club, investigate eerie and strange occurrences, and with it discovering more about the neighbourhood’s history and the friendly ghosts that inhabit these places bringing the history back to life.

City of Ghosts shows us that Los Angeles is more than just Hollywood and Beverly Hills, but instead a melting pot of cultures just like cities we know and love. Even if you are not familiar with LA, there is much to be enjoyed. With it’s beautiful and unique animation, City of Ghosts makes a welcome change from the usual sensory overload of children’s TV.

Creator Elizabeth Ito has given us a charming and educational animated series enjoyable for all the family. Fans of animation may be familiar with Ito’s resume, most notably as a director for Adventure Time and creator of the animated short Welcome to My Life. City of Ghosts’ style and format being similar to the latter.

Following a mockumentary format, City of Ghost manages to effortlessly teach about culture, diversity and the importance of community. The common theme throughout the series is the unearthing of a community or subculture being lost by the gentrification of Los Angeles’ suburbs. To name a few, we learn about the skate scene in Venice Beach, punk icon Atomic Nancy in Little Tokyo and the indigenous Tongva people of Southern California. Each episode does not just teach about the history and culture, but shows how it can be integrated and honoured in the modern day.

While some of the themes may initially feel a bit grown-up for a children’s show (do they even know what gentrification is?!), it is all presented in such a simple and effective way. Even as an adult, seeing it presented through a child’s eyes brings a new perspective of how other cultures and traditions can be embraced in respectful ways.

It’s interesting to learn that the ghosts are each voiced by real people, telling their own stories and sharing their thoughts about Los Angeles. Ito’s decision to use real people instead of voice actors really brings a feeling of realness and sincerity to the stories. It makes it feel like a real conversation rather than a typical documentary. In turn this makes you feel more engaged in the stories and characters.

The only drawback of the series is that there are only 6 episodes, all less than 20 minutes each – although this makes it very easy to binge-watch! It would be great to see more episodes exploring other cities across the globe as the loss of history and culture through gentrification is plaguing many cities and towns that we love.

Though aimed at children, the gentle documentary style, subtle humour and charm is sure to appeal to old and young alike. Ito has managed to create something that goes beyond the children’s TV genre. If you are looking for a show to enjoy with the whole family, you won’t be disappointed by taking a trip to the City of Ghosts. 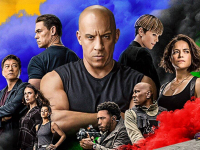