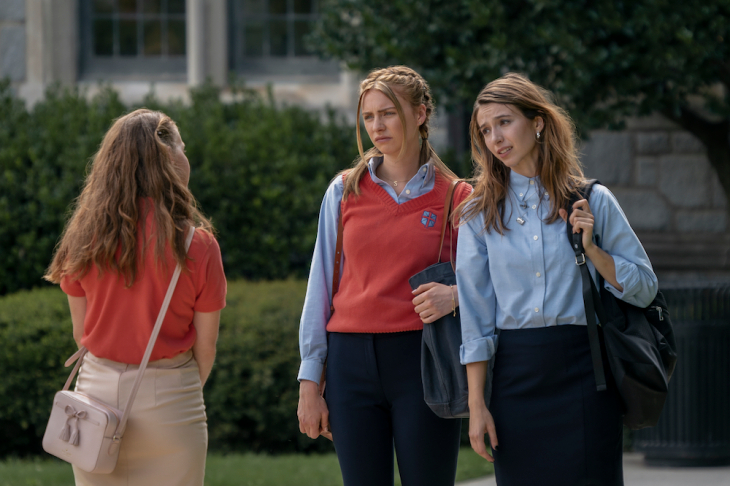 Razor sharp wit and a total confidence in everything but most of their daily life, the Wesley sisters toe the line of good Christian schoolgirls so much it’s pretty much erased. Produced by  Orange is the New Black’s Jenji Kohan, can this live up to the same hype?

If this series was a boxing match the gloves never go on from start to finish. There is a brutal honesty throughout the series which is refreshing, original and feels unencumbered by convention. Without the heavier content of Orange is the New Black’s prison setting, the writers have much less to unpack and tiptoe around. This is not to say there is any shortage on meaningful issues or perspectives, they tackle plenty head on with an apt sense of teenage impatience. The breakneck speed of the plot is aided by the tight focus on a very, very capable pair of lead actors that pull you on their adventures with ease. There are break away moments to explore the lives of some of the supporting cast but the spotlight rarely wavers.

Blair and Sterling (Anjelica Bette Fellini & Maddie Phillips), find themselves caught up in an accidental apprehension of a suspect. Much to their surprise, the suspect and the local bounty hunter, they have a natural gift for the trade. Their upbringing and daily life, while somewhat caricature, does feed naturally into the believability of the situations in the context of the explosive series. The social and physical skill set they have as characters makes for a dynamic and interesting duo. Sadly as it stands the series has not been continued but fingers crossed that changes as these actors clearly have a lot more to offer.

The cinematography, set and design are well conceived and polished but largely unremarkable. The lack of overt stylisation removes distraction and against the bland backdrop makes the actors and action pop all the more. The frequent shots in the school are a good example as it looks like a set in most American teen series. As soon as you start to switch off, the dialogue pulls you back in with its deft offbeat humour and directness. The characters are certainly not cookie cutter and have genuinely interesting development twists which are as engaging as the no holds barred action scenes. It feels like two series in one as you follow the personal and professional lives of the young sisters, each as gripping as the other. This is impressive as the stakes could not be lower in one respect of their teen lives, however at times when contrasted against violent criminals the machinations of the school bullies can be equally impactful.

Please do try this series, Netflix produces based on viewing figures and a second season of this is certainly deserved. It will provide you with action, pathos, humour in spades and a fantastic cast of actors. While being easy to watch it does not shy from dealing with issues of race, religion or sexism so is in no way mindless TV and is very of our time. Rottentomatoes.com gives this series a critic and audience score of almost 100 percent so don’t just take it from me! 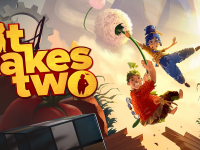 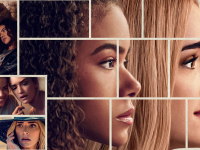 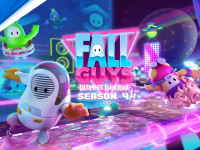