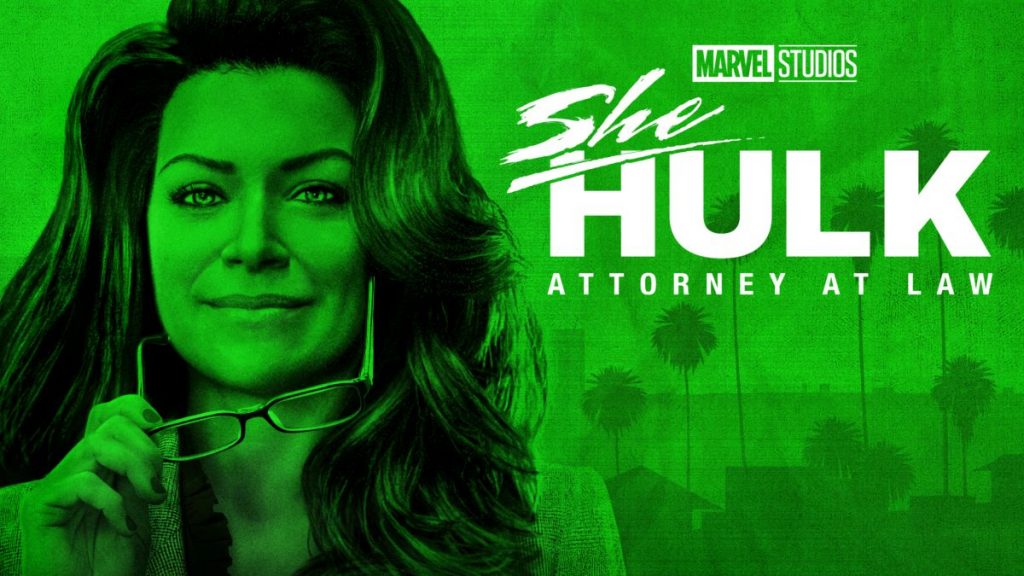 The Disney+ Marvel TV shows are stacking up at the moment. With an incredible line-up of superheros to choose from, was it the right time for She-Hulk to join the party?

She-Hulk follows Jen Walters (Tatiana Maslany), cousin of Bruce Banner, who is a regular lawyer until a freak accident gets Bruce’s blood infused with her own and She-Hulk is born. In a male dominated Hulk world can Jen be both a lawyer and the first female hulk whilst also maintaining a social life as Jen? This is the main underlying theme of the show.

We get a broad mixture of characters here some old and returning as well as some new. Tatiana Maslany is the stand out performer for me, she fully embraces the role with an certain energy that helps really move the show along (Especially the many fourth wall breaks). Another notable return is Emile Blonsky “Abomination” (Tim Roth) who was last seen in the 2008 The Incredible Hulk film in which Edward Norton was Banner, not Mark Ruffalo. Blonsky is a changed man now more into therapy and rehabilitation although he is still getting into trouble with Wong (yes Wong is back again) breaking him out of jail to fight in illegal underground fight rings… is he truly changed?

The most notable return and one that I think myself and a lot of others have been eager to see is Charlie Cox reprising his role as Matt Murdock – the devil of Hell’s Kitchen. Daredevil is the best superhero TV show I would say and is so dear to many. So I was hoping his character would bring aspects of that show through… I was mistaken.

We did get some flashes of Daredevil as we’ve come to know the character, but what ruined it was the CG animation. He is doing impossible flips and manoeuvres that are just not feasible. Even he can’t do a flip off the top of a multi-storey car park quite like his comic book counterpart and live to tell the tale. His character in the previous outings was one of grit, fatigue and effort, but none of this is present, it was a huge shame. I am hoping it was brought more in line with the comedic elements of She-Hulk however, I’m now dubious for Daredevil’s upcoming solo series Born Again.

We do get a fair share of lawyer action as Jen is now representing the superhero law division but not as Jen but as She-Hulk. The lawyering aspect I will say is fairly weak, there is not much depth or realism. I understand it is a satirical approach to law but the only decent law scene was when we got Matt Murdock involved. This aspect of Jen not being accepted now she is a Hulk, not only follows her through work but also into the dating world of a woman in her 30’s. Much of the show revolves around her trying to find dates and realising people only want She-Hulk, but one plot line reveals a potential partner isn’t who he appears to be.

Another thread is when a super powered influencer (Titania, played by Jameela Jamil) tries to copy-write the name “She-Hulk”, but it all seems so… trivial. There is also a cameo from Megan Thee Stallion, who has had her identity stolen by a shape-changing elf. These minor cases don’t give the show any cohesion and the one plot line that does continue about a group of anti-She-Hulk protestors called ‘Intelligencia’ is revealed to be pointless.

Disney does tend to throw everything at the wall in these shows, however I’m finding more and more that not much is sticking. The animation especially of the main Hulk characters is very distracting. Even since seeing Bruce Banner in previous films he has had a marked step down in his level of animation. I don’t understand why this is the case – shows such as WandaVision and Loki do a much better job. I understand their characters aren’t fully animated but the overall shows aesthetics really do get you immersed She-Hulk never does this.

On the whole this show really disappointed me, I only kept watching it for two performances, Jen Walters and the long anticipated appearance of Matt Murdock. Without the natural charm of the two actors in these parts I don’t think I’d have finished the show. It was a mess, poorly written, and the finale made me say out loud, “What am I watching?!”.

I realise an aspect of the She-Hulk/Jen Walters character in the comics are the fourth wall break, which are sometimes used here to good comic effect. However, to the uninitiated, the shows self ridicule just fell flat and it meant that nothing in the build up to the finale mattered, which is a pity as the show could have been more. Even though Marvel and Disney have produced some quality shows in the past couple of years (and I know I’m definitely hooked into the Marvel cinematic universe) I think from now on I won’t be so quick to rush into watching these stand alone shows. Let’s hope season 2, which is already in the works, will be better.