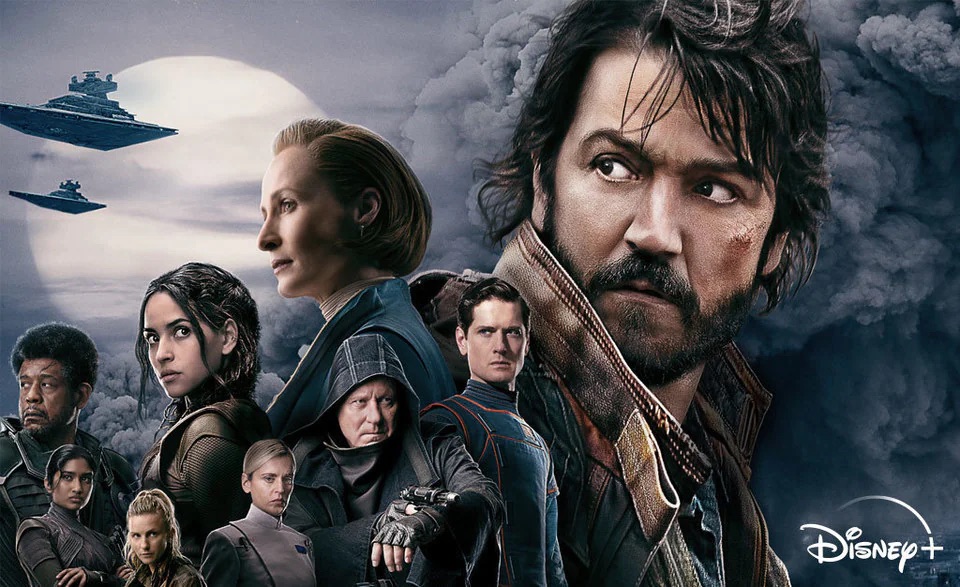 Set years before the events of Rogue One and A New Hope we join Cassian Andor, a reluctant protagonist that may be the spark the rebellion needed!

Rogue One was one of the best Star Wars films to come out in recent times as it brought a fresh cast and fresh look to the films. One such character was Cassian Andor (Diego Luna) who is a rebel captain and intelligence officer. His past was unknown until now.

Andor picks up his story in the year 5BBY (before the battle of Yavin). The show has two main arcs one being a heist and the other a prison escape. From the very first episode we can tell this follows a much darker and grittier tone. We get straight out murder, mass executions as well as torture. This is a far cry from recent films in this franchise that have become known for almost being to Disney friendly. We do get a balance though, there are light moments and throwbacks that do help to alleviate the tone.

We are also thrust into new planets and not just that dessert one… the main show is center we around the mining planet of Ferrex which is Andor’s adopted home. It is here where we meet some of the shows key characters Andor’s adopted mother Maarva (Fiona Shaw) who really shows her prowess as an actress with a great performance that only gets better as the show gets on. Her stubbornness and passion for resistance to the empire do draw parallels with Leia Organa. Every scene she is in is captured solely by her. Another actress to bring a similar level of presence is Mon Mothma (Genevieve O’Reilly) making her TV debut. Not the rebel alliance leader just yet, we join her as a senator in Curoscant with the aim of secretly funnelling money to the rebellion. The risks of this are ever present and show how fragile the early stages of the rebellion are. She brings with her a sense of power and purpose that helps make us understand her characters future direction.

This show is owned by the cast it is one of its major assets. It’s all well and good having a big name show but if you can’t have a solid cast or writing it won’t work. Fiona Shaw is but one of many, other notable mentions are Stellan Skarsgård the shows mysterious back seat controller. He is a crucial aspect providing the unseen hand that is guiding Andor and others to poke and prod the Empire. Leading a double life, part time mysterious rebel aid and part time luxurious goods supplier on Curoscant. It is he who instigates the first story arc a massive heist on an imperial garrison.

The second act comprises around a prison and attempts to escape. One big surprise actor that appeared was none other than Andy Serkis playing Kino Loy, last seen in Star Wars universe as Supreme Leader Snoke. He brings a stellar performance as only he can. The breadth of his acting is shown in numerous times throughout. Starting off as a rigorous leader in this prison where they are constructing components for an unknown source (which does get revealed after the credits in the last episode). As the prison reveals itself to not be what they thought his whole persona changes and becomes more defiant.

The shows aesthetics are part of what makes it so special, like Rogue One did. Everything seems so real and yes there is CGI but it’s done in a way that makes it seem more down to earth and less obvious. One highlight for me is watching and hearing a Tie fighter fly through a valley low over water. This although a small clip really brings out a visceral feeling that sets this show apart from others. The show luckily is fully of pieces like this. The set design marries up very well also, I can’t tell what is real and what isn’t. It lets the actors and actresses feel at home with their environments, again helping it become more down to earth.

On the whole I throughly enjoyed Andor, easily the best show since the Mandalorian to come out of the Star Wars Universe. There is depth to every character, we visit new worlds that give us a new perspective on this amazing universe. Perhaps one of the biggest things is there no reliance on nostalgia or lightsabers. The show can carry itself without the need for any of this. There is a solid story that really does fill the 12 episodes. Yes, there are moments when it could be hurried along but on the whole it was worth it. No surprise that it has been green lit for a second series. If you were dubious like me before the show, don’t worry it is worth it!