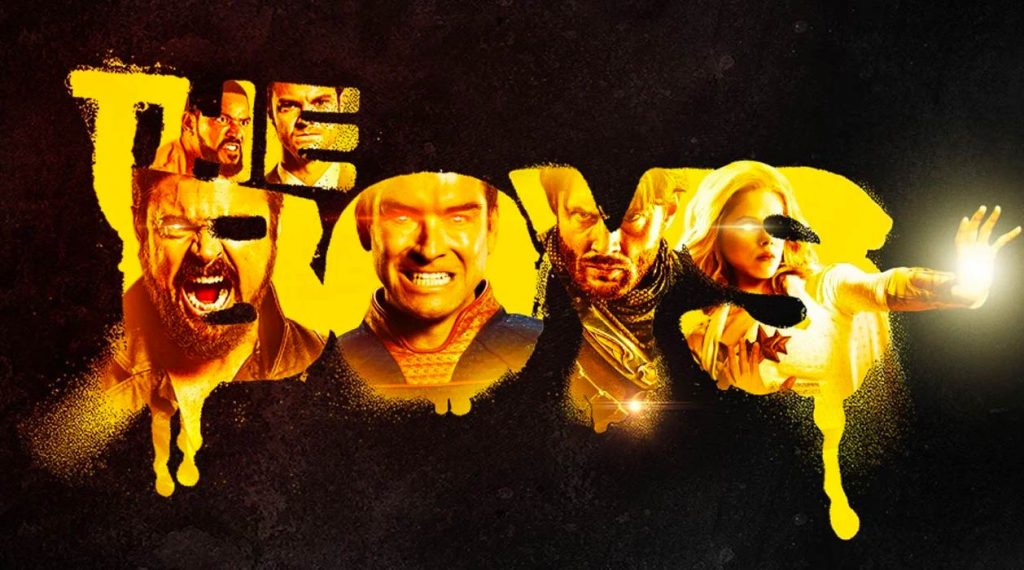 “We can’t blow him up from his a**hole, we’ve already done that” – Paraphrased or no, when the writers’ room churns out a quote like this whilst they’re simply discussing how best to blow up a character, it gives you an idea of the show, even if you’re unfamiliar with Amazon’s rendition of the comic books.

SPOILER ALERT – The below content contains spoilers for early events in the season and most of season 2 if you’re late to the party.

Season 3 picks up a year after the end of the events of Season 2’s finale. Stormfront is alive but in hospital, limbless and disfigured after Ryan attempted to save his mother, Butcher’s wife, but Homelander (played by the excellent, but oh-so punchable in the role, Antony Starr) is his father.

This oddity aside, Butcher (Karl Urban being a cockney as far as he possibly can) has reached a strange, awkward truce with his hated enemy, Homelander – but still seeks a way to kill him for all he has done, stands for and is.

This leads him in the hunt for the previous strongest ‘supe’ Soldier Boy – or at least what supposedly killed him back in the 80’s. Marketing-wise however, we ended up in a nearly identical situation as Stranger Things left us in with Hopper, basically wasting a great twist or surprise reveal. However, we were instead outright told that Jensen Ackles (who plays Soldier Boy – basically Captain America without a real shred of decency) would inhabit the role, and what he’d be up to in the series.

With that in mind, you get a rough idea of where the plot will go, with more surprises and heartfelt moments from the multiple B-plots that spring up as we slowly progress towards a showdown with Homelander. Hughie and Starlight grapple with their power dynamics and how to ‘do the right thing’ to topple Vought. MM wrestles with the return of Soldier Boy and how to keep himself as a decent father, however perhaps most jarring is the trauma both past and present of ‘Frenchie’, Tomer Capone does a fantastic job falling into the mire of Frenchie’s past as opposed to his usual happy go-lucky hedonist.

However, spoilers in mind, lack of real twists and turns and a slightly predictable plot all in mind – it’s still a good show. This reviewer would argue that most people don’t go to watch Marvel (or DC) movies waiting for a massive Shyamalan style twist, or plots with huge amounts of layers and depth. They’re cathartic when people die or lose, we’re happy when good triumphs and worry for the hero even when we know they’ll win in the end.

Slap an 18 badge on it, and The Boys follows a similar formula, but with more grey morals than your typical comic book story. Heroes, the public and even the villains of sorts will all die, fail, and deal with consequences in a more lasting way. The show also has its own go at tackling racism, sexism and other prejudices, and how the situation differs depending on whether you’re an Average Joe, a superhero, or even a CEO.

Outside of spoiling itself in advance, the show suffers from very little outside of a few drops in pace that might have you reaching for your phone absent-mindedly in the scenes. However, if you treat it as the EXTREMELY X-Rated comic book story it is, it’s still a funny, emotional and action-packed story – maybe just keep the kids watching more bloodless supers in general though.