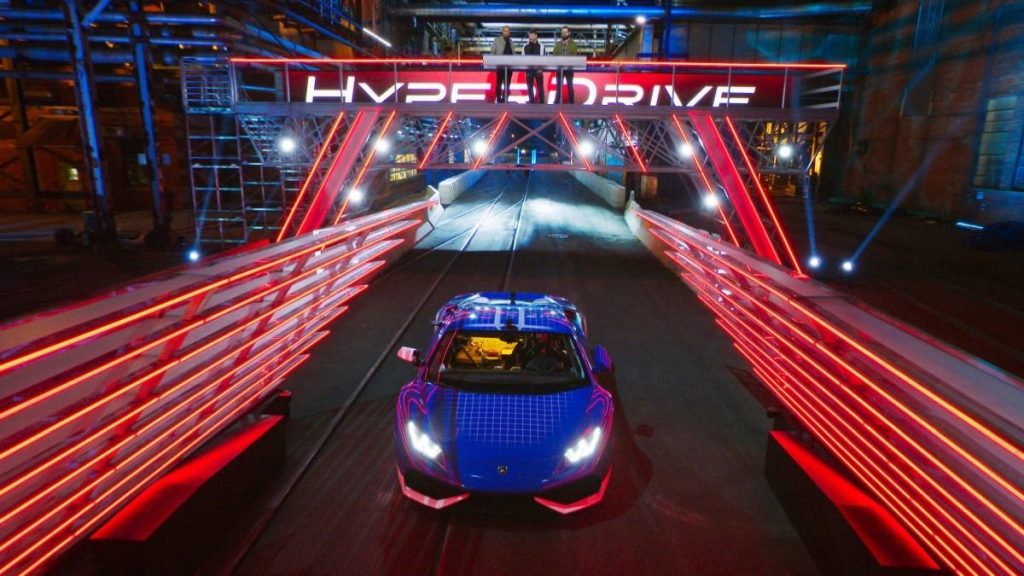 What do you get if you take all of the high stakes action of Ninja Warrior and mix it with the petroleum fuelled skill of a Ken Block Gymkana event? Well you get Hyperdrive, a show where racers of different backgrounds beast it around a custom racetrack.

So let’s not beat around the bush, you’ve probably seen Hyperdrive pop up on Netflix but past that haven’t thought of it much, and that isn’t your fault as Netflix are still sticking to their motif of “bang out quality but don’t tell anyone” that they’ve been using for the last 2 years.

Honestly the only reason I discovered it was I happened to be on Netflix the day it came out, saw it pop up and thought “hey is that Michael Bisping?”. Three days and ten episodes later I decided that this may have been a pretty decent show.

It’s more than just decent though as Hyperdive gave me an experience I didn’t think I’d ever have, and that was getting excited about cars and being genuinely impressed with just what can be achieved when you put your all into delicately controlling monstrously powerful vehicles.

Delicately may be the wrong word to use as some of these cars absolutely destroy the tracks they’re on with massive handbrake drifts tearing up the tarmac whilst simultaneously smashing into targets. That for me is the real beauty of the show and one that can only be executed because of the layouts of the tracks themselves.

Track wise I’m not going to spoil it for you because seeing a new challenge come up (as well as seeing some that just won’t disappear) is so much fun as you try and work out exactly how it’s going to get done and exactly which drivers and which cars will struggle or succeed. These challenges include everything from tests of drifting, speed, perception, clutch control, how fast you can get off the line and loads more that honestly made me feel like I was watching a demo of Dirt 3.

The other aspect drawing you in to Hyperdive is of course the racers who hail from all over the globe and bring their own style and level of expertise behind the wheel. Honestly there are so many of them that it would take another day for me to categorise them all. I’ll just tell you that Japanese “Drift Sensei”  Atsushi Taniguchi, who drifts without using the handbrake, is my personal favourite as he careens around the track in his “Meihan Police” 2JZ Toyota Crown; especially when he blasts the sirens after he’s had a good run.

So the question here is “is Hyperdive for you?” and I’ll be blunt with you and say that whether you love cars, or hate them, you’ll find something in Hyperdrive to enjoy. It may be the cars, it may be the drivers, it may even be Michael Bisping’s awful jokes but I guarantee you’ll find something that gets you hooked into watching this weird (frankly out of nowhere) racing reality show.