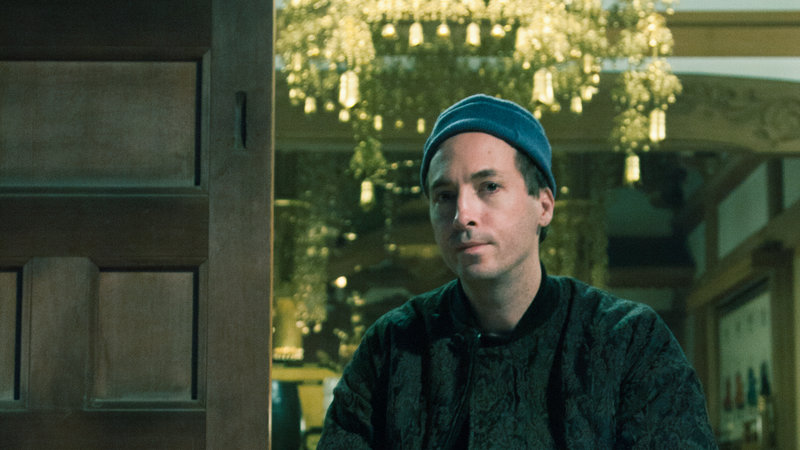 A companion piece to last year’s ‘Konoyo’ this arrives very quickly after its predecessor. Drawing again from sessions with Tokyo Gakusko, it’s very much part two of a journey.

Konoyo refers to the physical world, this world and that album closed with ‘Across to Anoyo’. Anoyo means that world, specifically the world beyond or the afterlife. Konoyo was at times harsh and brutal as it painted a picture of the world we live in, industrialised and unforgiving, Anoyo is a calmer look towards what might lay in wait beyond the physical life (and its relation the previous life).

Opening quite rightly with a piece called ‘That World’ tones are immediately warm and enveloping, a far more acoustic and organic feel than the previous album, though hinted at within that album, and something of a contradiction in that the world we are now considering is not an organic place, but a spiritual one.

You feel at once that the scale of ‘Konoyo’ is not here, less to take your breath away by its scope, but the effect is retained through ‘Anoyo’ by its emotiveness. The track listing reads as an almost fragmented sentence, “That world/is but a simulated blur/step away from Konoyo/into the void/not alone/you never were”. And really that is the underlying philosophy of the two records, the world can be harsh and brutal and leave anyone with feelings of isolation but really none of us are alone ever and if we don’t know that know then we will in the afterlife.

In the same way the track titles read as a manifesto so the music seeps effortlessly from one track to another. ‘Is But A Simulated Blur’ is a look back in fear at the physical world, but less dense and more broken down into components. A draining drum beat and metal on metal echoes the industry and pollution of the modern world, but the feeling is of leaving this in the distance as synths wash over and swell creating the blur. (In fact, it has just occurred to me that the track listing of ‘Konoyo’ also reads as a fragmented sentence, the two statements together being an explanation of the concept across the two records).

Hence ‘Step Away from the Konoyo’ is that transitional piece, soothing synths emerge with a focus that comforts and transports, there’s no discord at all in this number. ‘Into the Void’ seemingly has more content considering where it’s taking us but the content becomes less upfront and less focussed as the track continues, more dreamlike, though jarring string and keys poke you to ensure you’re keeping up with the journey.

‘Not Alone’ opens again with drums and metallic percussion, echoes of the former world, sounds that are soon at war with soothing synths, that silence the beats and kick start ‘You Never Were’ as the synth continues to wash and plucked eastern strings inhabit the space left by the drums. It doesn’t really conjure up an image of communion as the title might suggest, though it’s not a lonely alone, there’s always a presence suggested. Which may well be the point of ‘Not alone/you never were’.

On its own this is as challenging a piece as it’s predecessor and no less engaging. For me, it’s a proper lights-out listen to the two albums non-stop, and so here is that complete, fragmented, sentence made by the tracks across both ‘Konoyo’ and ‘Anoyo’….