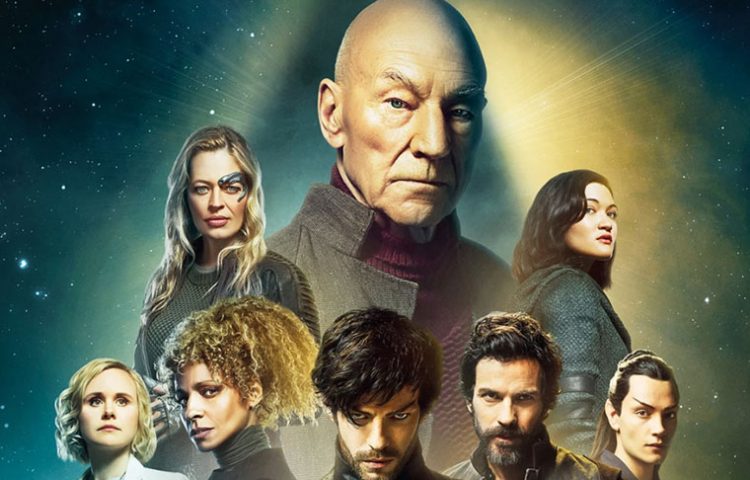 Jean-Luc Picard (Patrick Stewart) and the La Sirena crew race against the clock to save android Soji (Isa Briones) from the mysterious organisation known as the ‘Zhat Vash’, and meet some familiar faces along the way.

Note: this review contains spoilers for the first season of Star Trek: Picard. Read our review for the first half of the series here.

When Star Trek first aired in 1966, it boldly showed a vision of peace during a time of real-world civil rights struggle and nuclear panic. Uninterested in conveying the paranoid and embittered tone of their decade on screen, creator Gene Roddenberry and his cohorts made a conscious effort to show hope in the future. There were allegories, to be sure. Stories that reflected our time, but with the perspective of a future humanity that was rid of the depravities we know too well. Rather than wallow in what was, Star Trek championed what could be, with an earnestness to believe itself as an idea of what, with our combined efforts, will be. In 2020, where each month seems to bring with it one disorienting dread after another, it is escapist shows like Star Trek and its follow up The Next Generation that I turn to. Sadly, following a decade’s worth of popular television reflecting like a dark mirror, this ethos has gone from Star Trek when we needed it most. With a sense of bleak pretence, Star Trek: Picard revels only in the grittiness of the now. Spearheaded by a misguided belief from creator Alex Kurtzman and showrunner Michael Chabon, Star Trek can, apparently, only be mature and relevant when we view optimism as naivety, and when the drama that unfolds in our fiction bares stark adjacency to our reality.

Yet, even within this new, foreboding mood, Picard can’t seem to understand what it wants to be. The first season’s final shot proudly shows our new crew: Agnes, the murderous scientist; Raffi, the alcoholic vaper; Elnor, the chop-happy space-ninja; Seven of Nine, a vengeful mass-murdering cyborg; Rios, a captain responsible for the covering-up of a double homicide; and Soji, an android who was convinced, only moments before, not to murder the entire galaxy. Oh, and Picard is there too. To end a show on the shot of a crew that has been systemically given one grim backstory after another is almost humorous in its desperation. By trying to draw in (what must be in their minds) an attention-short audience, Kurtzman and Chabon have not only strayed from the loveable and admirable characters of old-Trek, but utterly dehumanised their new ones. Episode six ‘The Impossible Box’ sees Agnes (Alison Pill), only a day or two after being coerced into murdering her former partner, suddenly decide to enter a sexual relationship with ship captain Rios (Santiago Cabrera). What could be seen as a spur-of-the-moment catharsis for the two characters instead makes both seem callous and off-putting. This episode also continues the downright bizarre relationship between villains Narek (Harry Treadaway) and his sister Narissa (Peyton List), whose strange, unnecessarily incestuous exchanges go totally unexplained by the end of the season. In trying to grit-up the universe of Star Trek with out-of-place Game of Thrones­ inspirations, Kurtzman and Chabon lose character consistency and, in the process, the ‘new’ audience they seem to be grasping for.

But even that grasp is weak. Throughout, Picard references Star Trek’s past episodes, movies, characters, aliens like the Borg, the Romulans, Romulan factions and sub-factions, Vulcans (who, to most, look just like Romulans) and an entire episode dedicated to fan-pleasing appearances from The Next Generation stars Riker (Jonathan Frakes) and Troi (Marina Sirtis). To the uninitiated, the show has such little time to explain these things that I imagine many new viewers are lost in the process. As such, one can’t help but wonder why the show couldn’t just dedicate itself to the legacy and tone that Star Trek left behind. Instead, it thrashes around appealing to neither stalwart fans nor new ones. Regardless of one’s history with the franchise, though, the show fails most in how it matches an overly convoluted plot with frequently ludicrous conveniences. While Star Trek fans of old will no doubt be irritated by the faux-fantasy of it all, even newcomers will be put off by seeing confusing conflicts resolved with sheer coincidence. From a magic space-wand that fixes things with the power of “imagination”, to Picard’s death and immediate resurrection as an android with the same life-span, the show’s mysteries almost all end in confusion or stakes-shattering ease. 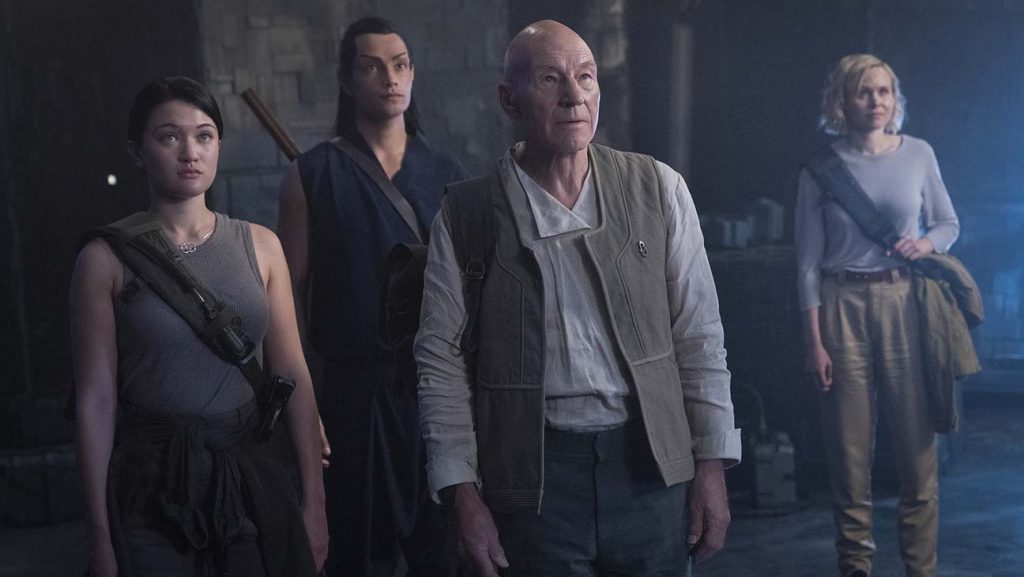 At least the visual effects still look great, and there are some eye-catching space scenes in episodes nine and ten. The final scene between Data (Brent Spiner) and Picard is also touching, despite being a slight rip-off of Harry Potter and The Deathly Hallows’ limbo scene. Data’s realisation that it is in mortality that he will finally find his humanity is intelligent and touching, and Spiner and Stewart tug beautifully at the heartstrings. I gave the show props for its acting and special effects in my review of the first half, but without the intrigue of the plot left to commend the show on, I can now only see it as ultimately hollow beyond these points. Also in that review, I passively compared Picard to the video game series Mass Effect, blissfully unaware of how unfathomably this show would go on to copy that series. I am not the first to point this out, but it cannot go unmentioned: the level to which Picard rips its plot from Mass Effect is, in my opinion, nothing short of court-worthy, once Picard’s central mystery is revealed in its eighth episode, “Broken Pieces”.

By the end, Star Trek: Picard proved itself to be a bleak and floundering journey that I have no intention to make again. Instead, the only interesting revelation the second half of Picard gave me was why the much-decried swearing feels so off. It was only once Picard himself said “p*ssing me off” in episode nine that I realised what it is. It’s not that there’s a problem with swearing itself. It’s that, in the world of Star Trek, it has been established that it’s seen as a bit old-fashioned. I was reminded of what Spock said to Kirk in Star Trek IV: The Voyage Home, in regards to their time spent on 1980’s Earth:

“Your use of language has altered since our arrival, it is currently laced with, shall I say, colourful metaphors?”

“You mean the profanity?” Answers Kirk. “That’s simply the way they talk here. Nobody pays attention to you unless you swear every other word.”

By making the future a swear-fest in Picard, it comes off as a consciously strained and desperate effort that screams how such things are needed to ‘elevate’ the show to modern times. This only insults modern audiences with a pessimistic condescension to their attention, and reflects the show’s superficial storytelling as a whole.

A far cry from the hopefulness I had about this show going in, where its title teased an engaging character study. Hollow, infantile and deeply disappointing, Star Trek: Picard blunderingly goes where most fans will end up bored.