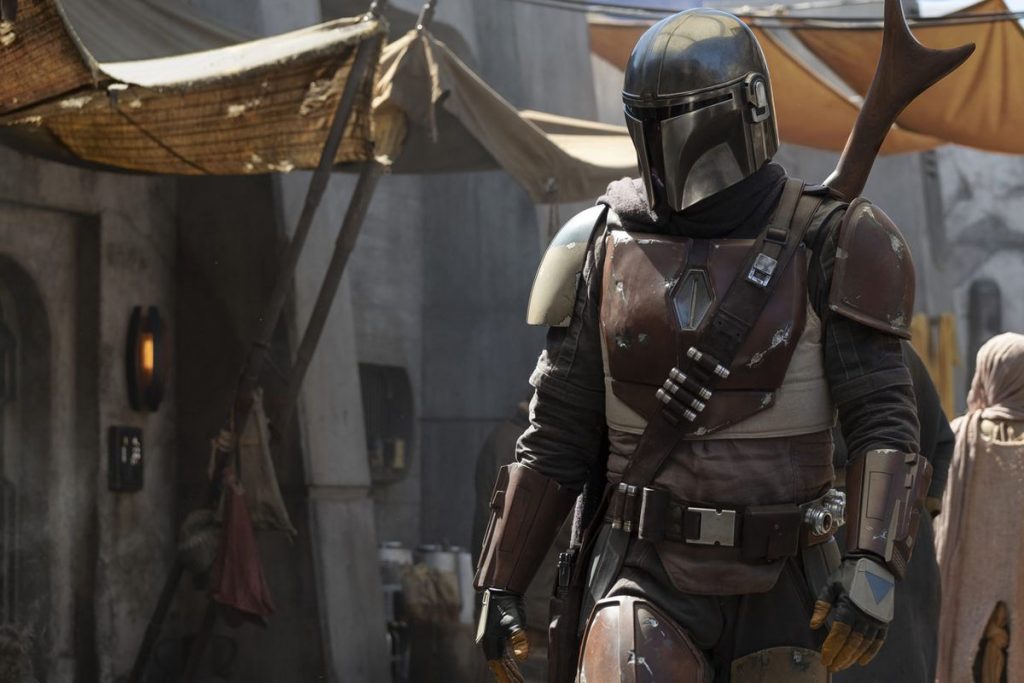 John Favreau takes us to the seedy underbelly of the Star Wars universe (sometime after the events of Return of the Jedi), the titular Mandalorian (Pedro Pascal) is a bounty hunter held in high esteem and will stop at nothing to collect his prey, until his bounty turns out to be child wanted by the remnants of the Empire, he turns on his pay masters and vows to protect the child.

The structure of the show is the first thing that stands out, you initially feel like you are being pulled into one overarching story but by episode three its evident this isn’t the case, there is something of an old school vide about the show as we go from core story to stand alone ‘monster of the week’ episodes.

Highlight’s are undoubtedly the story arc episodes, the Mandalorian himself is a brilliant addition to the Star Wars universe and you must have been living under a rock if you haven’t noticed what an incredible creation ‘The Child’ (Baby Yoda) is. Pedro Pascal in the lead is an inspired choice and perfectly suits the lone, mercenary type, delivering an effective performance even behind a helmet. It’s not just the main characters that shine, the casting of Werner Herzog, the series’ main villain, is a masterstroke and he clearly has a great time chewing up all the scenery around him. Other notable additions are Taikia Waititi as IG-11, a smart talking assassination droid, and Carl Weathers as the grizzled head of the bounty hunter guild.

The show mixes up its creative team as well which does provide some variety, the Taika Waititi directed episodes are the standout and it’s nice to see Star Wars not taking itself too seriously here, there is a particular Scout Trooper scene late on that is one of best send ups of the franchise for a while, and should provide fans with a genuine ‘laugh out loud’ moment.

It’s a shame that the standalone episodes don’t hold up as well, one particular episode on a prison ship, doesn’t look much better than an episode of Doctor Who, the effects look shoddy and the characters introduced represent absolutely no threat at all to our hero. Another episode set on Tatooine is an example of fan service gone too far and evokes the much derided prequels which most ardent fans would rather leave in the past.  The ‘monster of the week’ nature of these episodes doesn’t work well with the show’s brief run time either, with the episodes around the thirty-minute mark there just isn’t enough time to flesh out the characters being introduced or build any real sense of tension.

All that being said, for the most part the show does look incredible, it’s every bit the match of its big screen counterparts, with the finale especially delivering some truly great Star Wars moments. When The Mandalorian hits it mark it’s nothing short of superb and more than a match for any of the recent big screen entries of the franchise.

Whilst some of the standalone alone episodes make this series something of a mixed bag, ardent Star Wars fans will find a lot to like here, there is certainly an argument for a shorter more story focused second season but this is still well worth a Disney+ subscription.