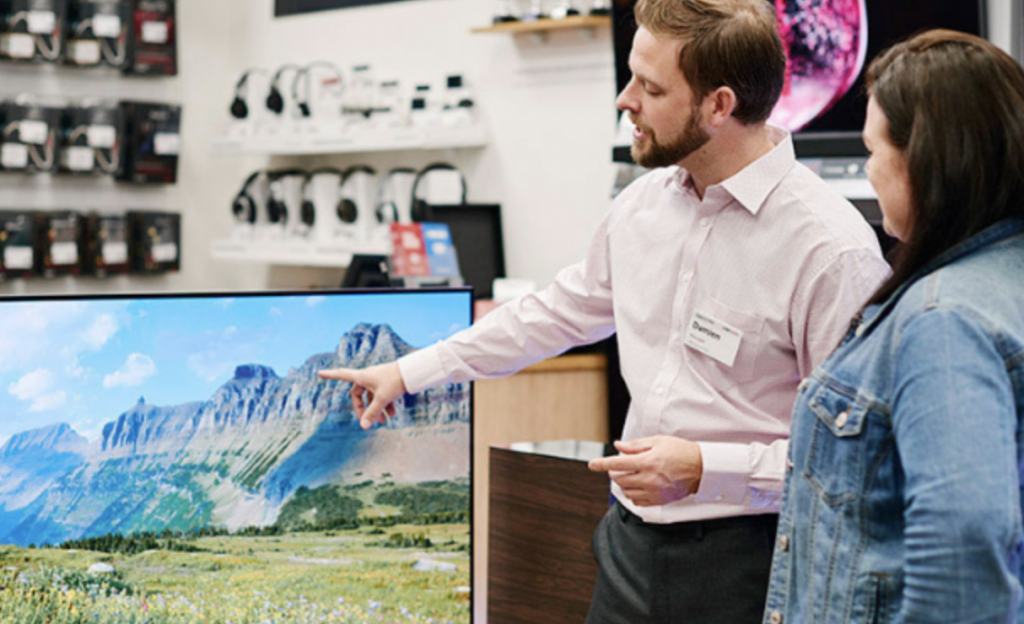 If you’re thinking about a new TV but are confused by the jargon around screen types, here’s what you need to know. When flatscreen TV first made its debut the choice was simple – plasma or LCD. These days it’s far more complex, with a wide array of competing technologies all vying for your attention. They all have their pros and cons, so here’s a rundown of what to look for.

LED is the starting point for most flatscreen TVs. LED TVs are actually LCD TVs at heart, just with LED rather than fluorescent backlighting. Because LEDs can dim individual screen zones, you get much better contrast and brightness. The use of LEDs also makes TVs slimmer than ever, with ‘picture frame’ type TVs a very real possibility. LED is just the start, however. Here’s how the technology has risen to new heights in recent years…

Mini LED takes LED technology in precisely the direction you’d expect from its name. The tiny LEDs are officially classed as being below 0.2mm in size. Fitting more LEDs behind the panel improves brightness, making the picture clearer and better defined. Mini LED also ramps up the number of potential dimming zones. More zones means less light bleed – sharpening up the image and improving contrast, especially on darker sections. On their own, Mini LEDs make a great improvement, but when combined with quantum dot technology they truly excel.

LG’s NanoCell screens integrate tiny, nanometre particles into a regular LED screen. These act as a layer, filtering the colour. When light passes through them, impurities are removed, giving you the most accurate colour signal possible. The key advantage with NanoCell technology is a more natural picture. The improved filtering also provides a wider viewing angle – handy when there’s a room full of people watching TV. NanoCell TVs also have quick response times, reducing motion blur and making them popular with gamers.

QNED takes NanoCell tech and makes it even better. The ‘Q’ part of the name stands for Quantum. Adding quantum dot technology to NanoCell introduces blue lighting and a film of billions of quantum dots. These glow brilliantly with colour, giving the image a vivid, lifelike picture quality. Getting the most from the quantum dot layer, Mini LEDs offer greatly improved light control. With up to 2500 dimming zones, contrast is hugely enhanced. Combined with powerful processing, you also get fast response times, making QNED Mini LED TVs another gamers’ favourite.

Where LG have NanoCell and QNED, Samsung have QLED and Neo QLED. Samsung pioneered the use of quantum dot TV tech in 2015. By 2017, Quantum Dot TV had evolved into QLED. Just as with LG’s QNED, QLED uses a layer of specifically sized quantum dots to reproduce individual colours. Even today, Samsung’s QLED technology is renowned for the most vivid and colourful pictures in the business. Careful picture setting adjustment is often more crucial than with other TVs but, once adjusted, there’s little to beat QLED for colour reproduction.

QLED’s next step is to Samsung’s Neo QLED. This upgrades the backlighting technology from regular LED to Mini LED. You now get tens of thousands of tiny LED lights where, before, there were just a handful. Combined with full array dimming, Neo QLED technology gives the ability to dim and brighten individual sections of the screen, greatly improving the pictures’ detail and contrast. In the early days of the technology, QLED could appear a bit ‘washed out’ in comparison to OLED. Neo QLED narrows the gap, with improvements in contrast equally appreciable for movies and gaming.

OLED is the first screen technology here that breaks away from the original LCD format. Rather than using a backlight and layers of liquid crystals with polarising filters, OLED takes an entirely different approach. When a charge is passed through the panel, you get light. This makes OLED ‘self-emitting’, eliminating the need for a backlight. It gives individual pixel control and it’s this that creates OLED’s legendary contrast capability and unbeatable depth. OLED TVs also have a much wider viewing angle. The simpler design, without backlighting, makes the panels much thinner than LED-based ones – take a look at the ultra-thin LG Gallery models, for example. It’s not a cheap technology however and, due to their backlighting, QLED and QNED screens make a better choice in very bright rooms.

Bring together Quantum Dot and OLED and you get… QD – OLED. The name might lack originality but the technology certainly does not. Fresh from its 2022 launch, QD – OLED is a Samsung Display innovation that’s also used by Sony. Taking OLED as its basis, QD – OLED uses a blue lighting panel. Each pixel is composed of red, green and blue subpixels. The blue subpixels simply allow the blue light to pass through. The red and green subpixels, however, are created with quantum dots, giving you exceptional colour reproduction. QD – OLED really is a ‘best of all worlds’ technology. You still get the outstanding contrast and depth that OLED is famous for, but its main downsides of below par brightness and colour vibrancy are overcome by the addition of quantum dots. If you’ve ever found an OLED TV a bit lacking in a brighter room, the QD version should make all the difference.  Lifelike, vivid colour, deep blacks, wide viewing angles and thin panels – it’s not hard to see the huge appeal of this tech. Despite its all-round brilliance, however, there’s a new technology on the horizon that has even QD – OLED looking over its shoulder…

Micro LED is a cutting-edge technology, promising to outperform even QD – OLED. Like OLED, Micro LED features individual pixel lighting. The way these are lit, though, is very different. Rather than using an organic material layer, each pixel is lit by red, green and blue LEDs. A 4K screen with over 8 million pixels is going to need an awful lot of LEDs – around 25 million in fact! Now you can see why they’re called ‘micro’ LEDs. Micro LED has the potential to transform TV technology. On the one hand you have the individual pixel lighting that makes OLED and QD – OLED so impressive. On the other, you get the efficiency of LED technology; including improved brightness, lower power consumption and longer life. As with nearly all brand new technologies, it will take a while for prices to fall. Also, compressing this number of LEDs into smaller TVs is especially difficult, which is why the technology will first feature in screens larger than 75 inches.

With so many options out there, we think there’s a perfect TV for everyone, so check out our TV selection here. But seeing is believing, which is why we’d also highly recommend visiting your local Richer Sounds, to see the technology in action. 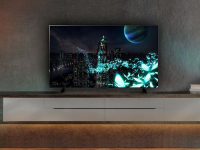 Whether you are a movie-lover or a gaming enthusiast, our Premium TV range has something for you. The world of technology can sometimes be confusing…read more → 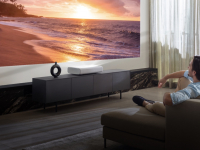 For a big, expansive image, there’s still little that beats a projector and screen. Projectors do have their downsides, however, including a less impressive performance…read more →

This article has 4 comments